In the summer of 2016 I designed two t-shirts for JCYL (Japanese Canadian Young Leaders). The committee is formed under the National Association of Japanese Canadians (NAJC). The group is responsible for acting as the national voice, engaging and connecting of young people in Japanese-Canadian communities across Canada and proposing recommendations to the National Executive Board on programming, events, and annual budget.

I was looking for animals or birds that could represent each nation. The crane is widely known as the symbol for Japan, and the Canadian Geese for Canada. I brought in both flag’s solid shapes to bring in an eye-catching colour and they both happened to be red. 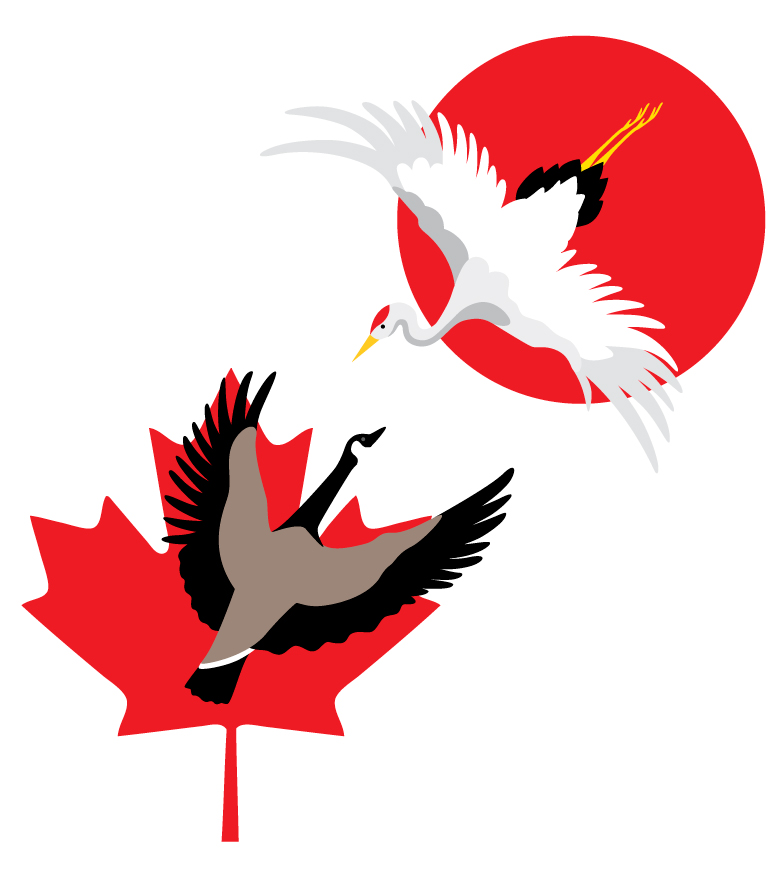 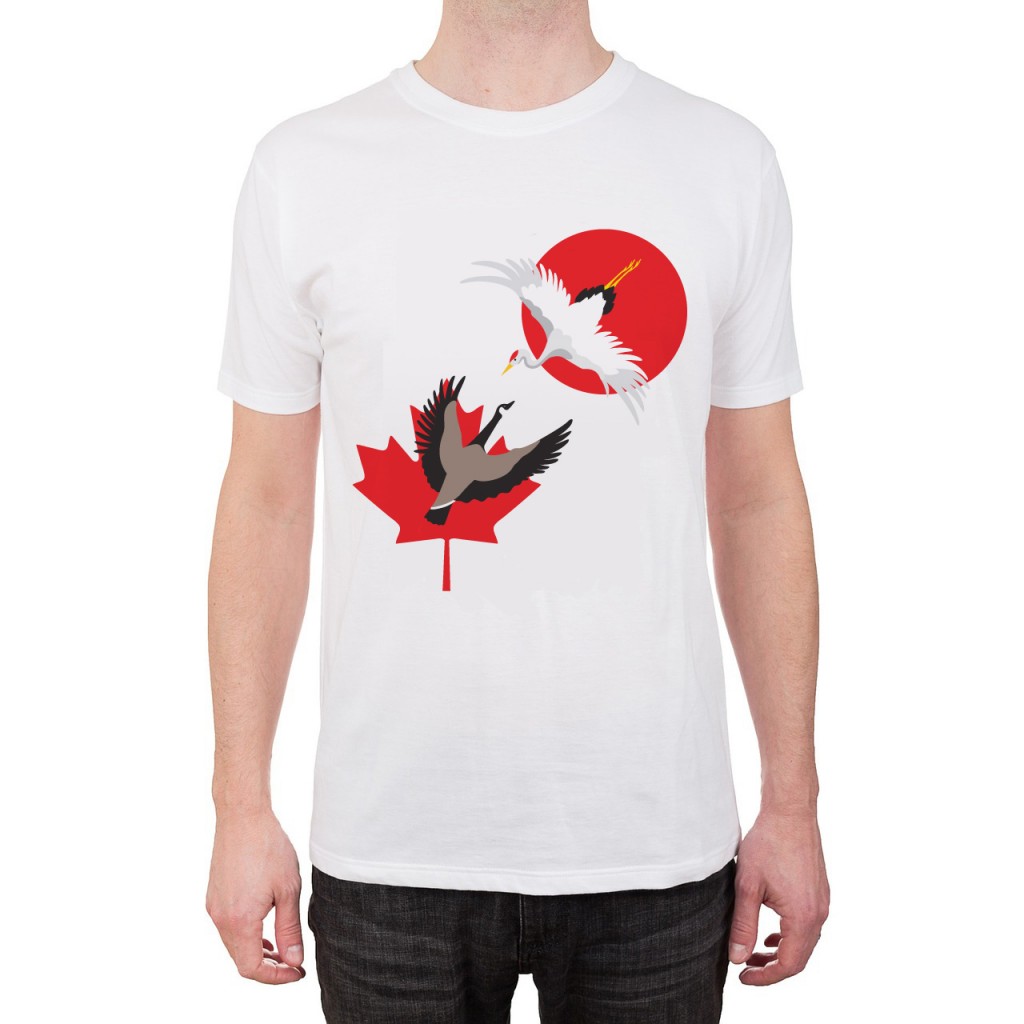 One cultural difference between Canada and Japan was the cuisine, and the method of how we eat. Knife, fork and spoon represents Canada, while the chopsticks represents Japan. A very simple image, but really gets the idea across. Available in black or red shirts. 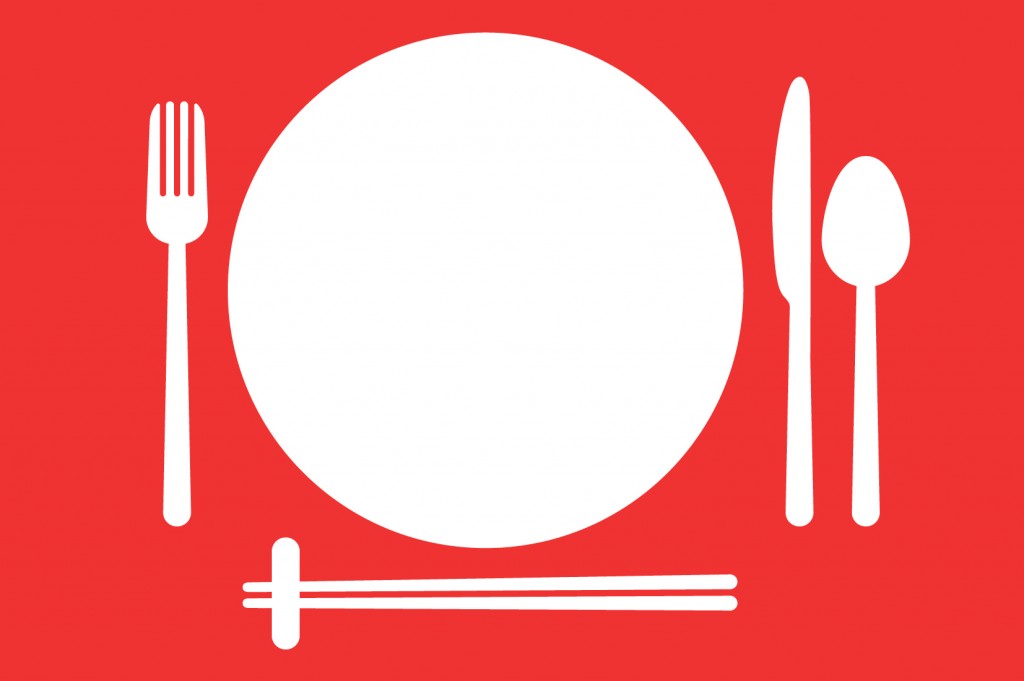 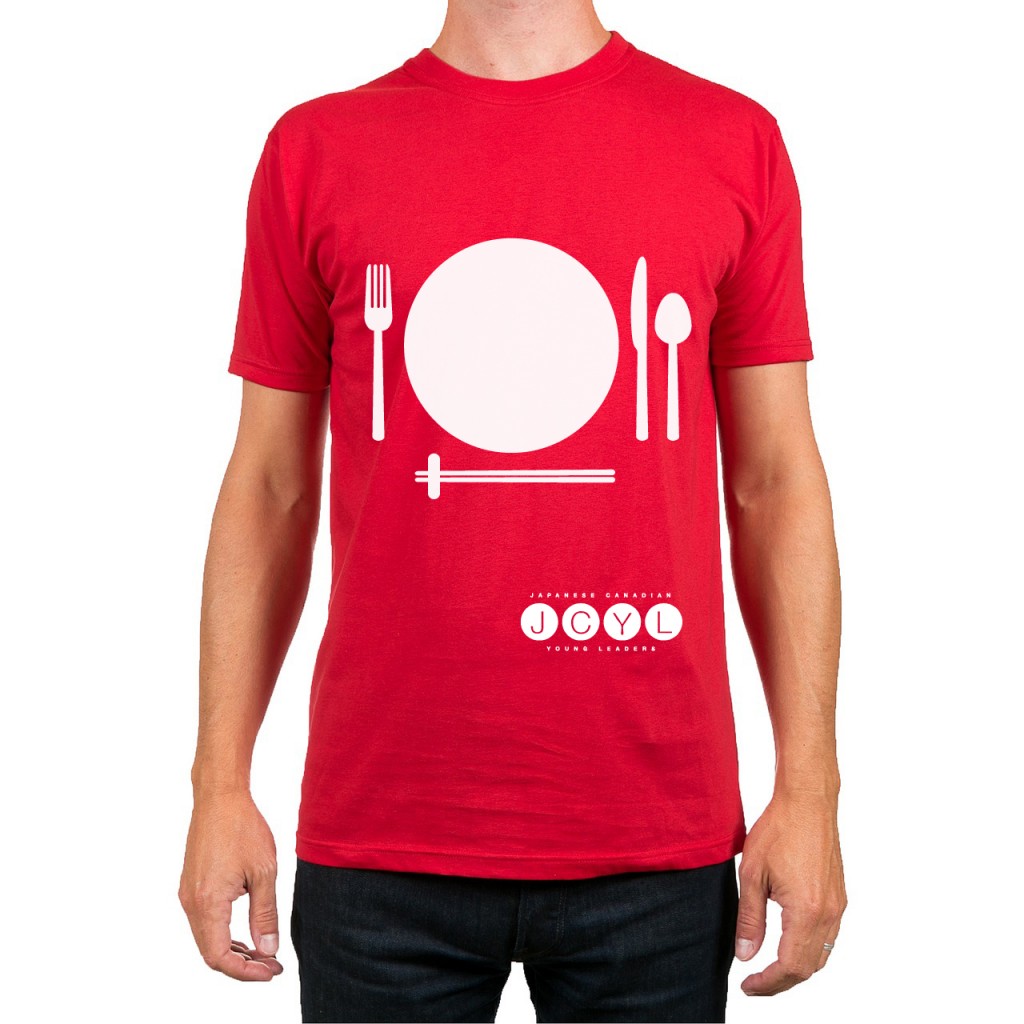 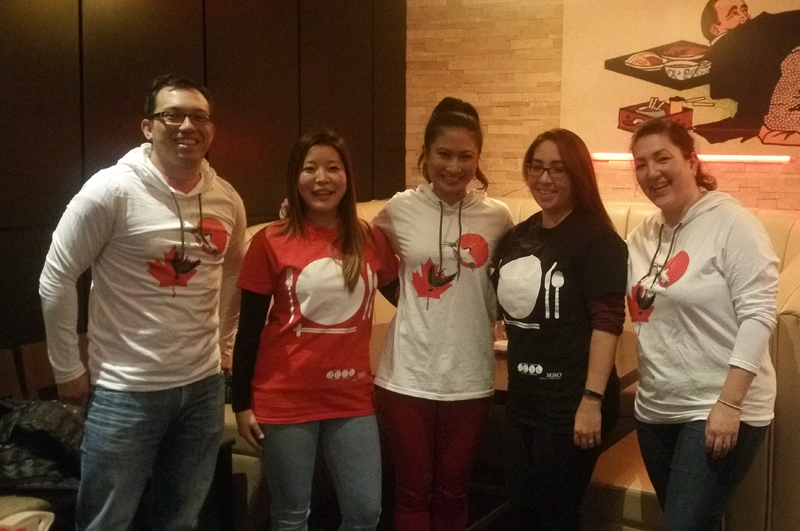 Staff at JCYL wearing the hoodies and t-shirts.