In April of 2006, a comic strip called ‘Meipuru’ (derived from English word ‘maple’, but written in romaji of Japanese way of pronouncing “mey-pu-ru”), began publishing in a local Japanese magazine called Fraser Monthly. The comic dealt with the cultural differences between Japan and Canada. In November of that year, a canvas tote-bag with the main characters were produced and sold.

Comic strip that was published monthly in Fraser Monthly Magazine

Characters in the comic strip (from left to right): Meipuru, Mi, Matsumoto and Tomomi 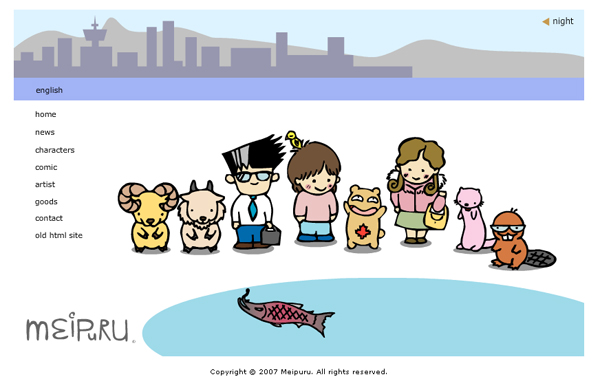 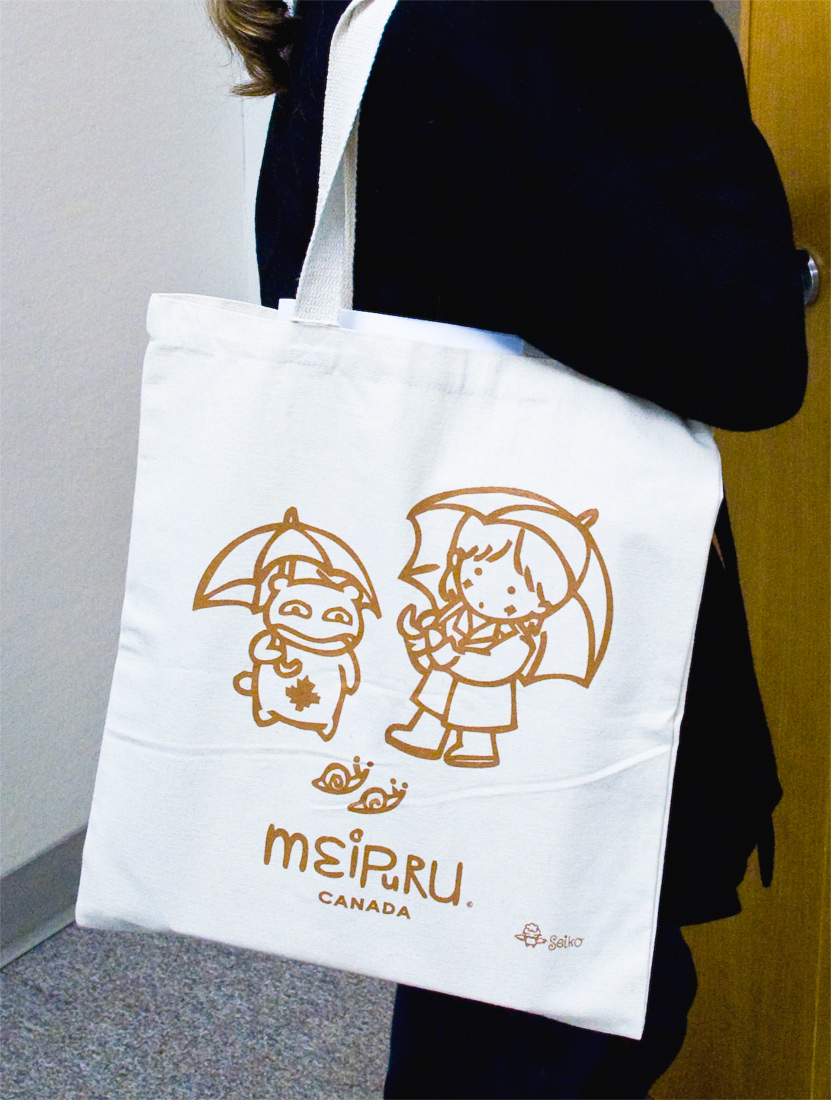 Totebags with the main characters from the comic strip 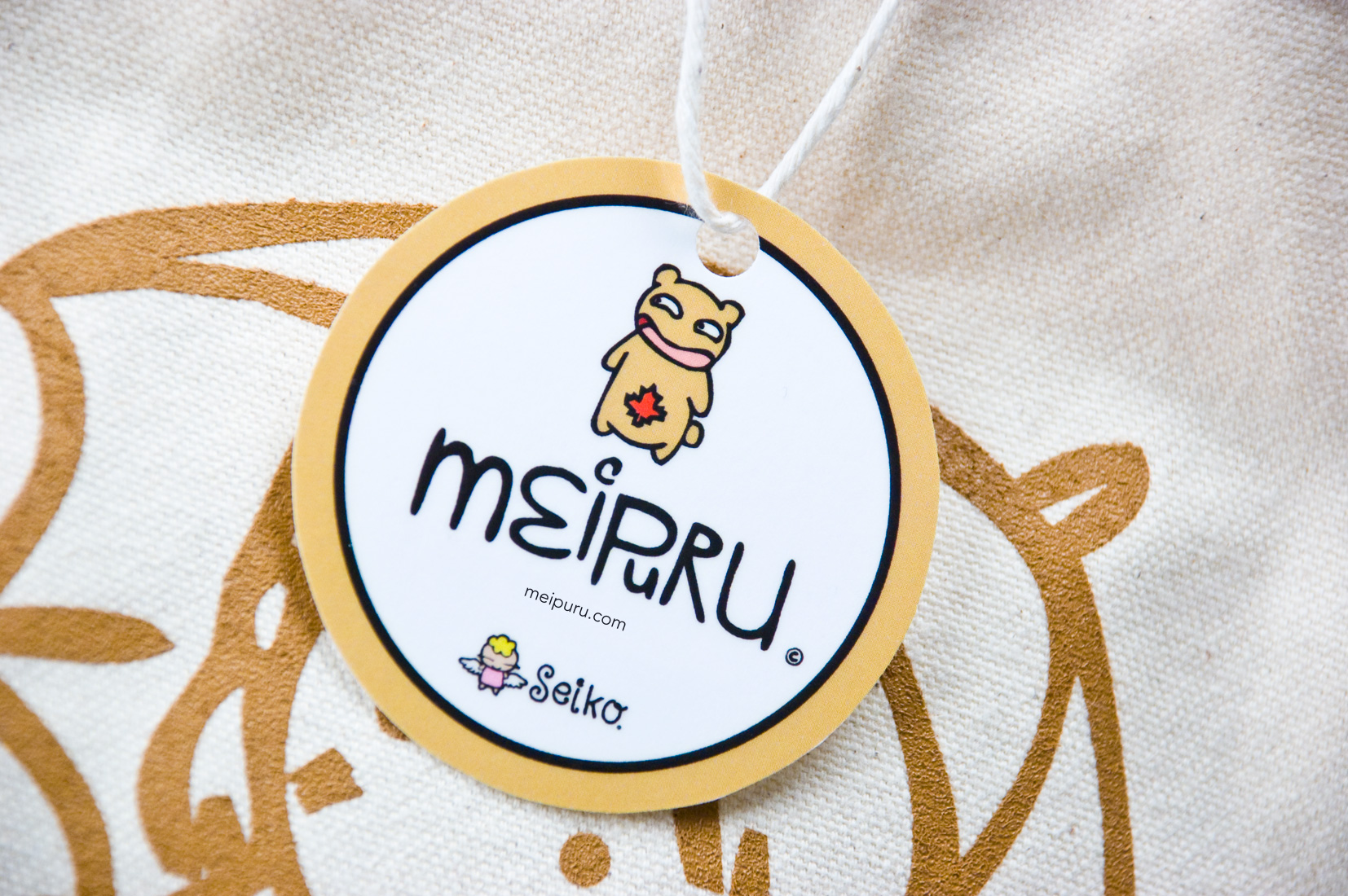